I started ScaleSQL Consulting in the summer of 2009. I spent the previous nine years doing SQL Server consulting as part of a partnership. My goal is to make sure people can use their data as it grows. This means we pay attention to a number of areas: backups and maintenace, performance tuning and scaling up and scaling out. We really are trying to make the world safe for data! 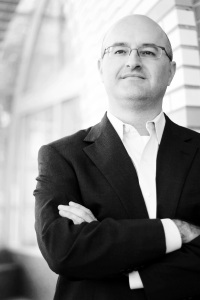 Bill Graziano is a SQL Server consultant and has been recognized by Microsoft as a SQL Server MVP. The MVP certification is earned through technically relevant community contributions. Bill started and still runs SQLTeam.com, one of the leading sites for SQL Server professionals. Bill has written over 100 articles on SQL Server for the site. Over 25,000 people subscribe to the site’s newsletter.

Bill is a regular presenter in Kansas City and internationally. He speaks each year at the Kansas City SQL Server Users Group. He presents at the North American PASS Summit and delivered the highest rated session in 2005. He has presented at SqlTeach in both Vancouver and Montreal. He has presented at the European PASS Summit. His presentations to user groups include Kansas City, Wichita, Topeka, St. Louis, and Shanghai, China.

In his spare time, Bill is a SQL Server consultant. He focuses on performance tuning, database monitoring, database maintenance and scalability issues.